EUOBSERVER / BRUSSELS - A long-standing dispute between the European Parliament and EU member states over who should have the final say over the EU's budget in the new Constitution looks to be drawing to a close following a meeting of EU foreign ministers in Brussels.

A proposal circulated by the Irish Presidency on Monday morning (24 May) received a "general welcome", according to Irish foreign minister Brian Cowen.

Mr Cowen said the text had "struck a balance" between the member states and the European Parliament.

"There is a solution there hopefully - subject to further consultation with the European Parliament".

Under the proposals, the European Commission puts forward a draft budget.

If the Council and the European Parliament are unable to reach agreement, it goes to the so-called conciliation procedure where both sides try to reach consensus.

Under the new proposals by the Irish Presidency, there is more leeway for both sides to agree at this stage.

If, after three weeks, they still cannot reach an agreement, the European Commission will come up with a new budget proposal.

This is a significant change, as, under the last proposals, member states were given the last say.

Speaking after the negotiations on Monday, Klaus Hänsch, one of the European Parliament's representatives in the discussions said it was "acceptable".

Parliament still keeps the "final say" over the budget, he added - something which has been a red line issue for the Brussels assembly.

The original text of the Constitution had proposed this, but towards the end of last year several member states had objected to MEPs having this power.

Things still to do

Fine-tuning this agreement is one of several issues the Irish Presidency still has to deal with before EU leaders meet for a final round of negotiations on the Constitution on 17-18 June.

They have to present an overall compromise on all the institutional questions - including the size of the Commission, the minimum number of seats in the European Parliament and the proposed new voting system.

On top of this, they must also sort out the controversial issue of whether a reference to Christianity be included in the Constitution, as well as a host of other questions including the common commercial policy of the EU, and the team presidencies that will run the EU in the future.

Another tricky question to be solved concerns so-called, 'bridges' or 'passerelles'. These would allow the EU to introduce the use of qualified majority voting if this is agreed upon unanimously by the European Council - without having to go through the difficult and protracted process of amending the Constitution via national ratification procedures.

However, Mr Cowen presented a fairly upbeat picture on Monday.

"We have made progress ... I think things are going as planned", he said. 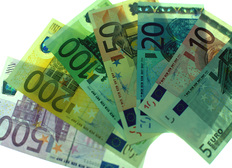